The Conservative-led County Council has announced plans to stop gritting some key roads in the villages around Longstanton in icy conditions.

Essential roads have been withdrawn from the gritting routes (shown in blue on the map). 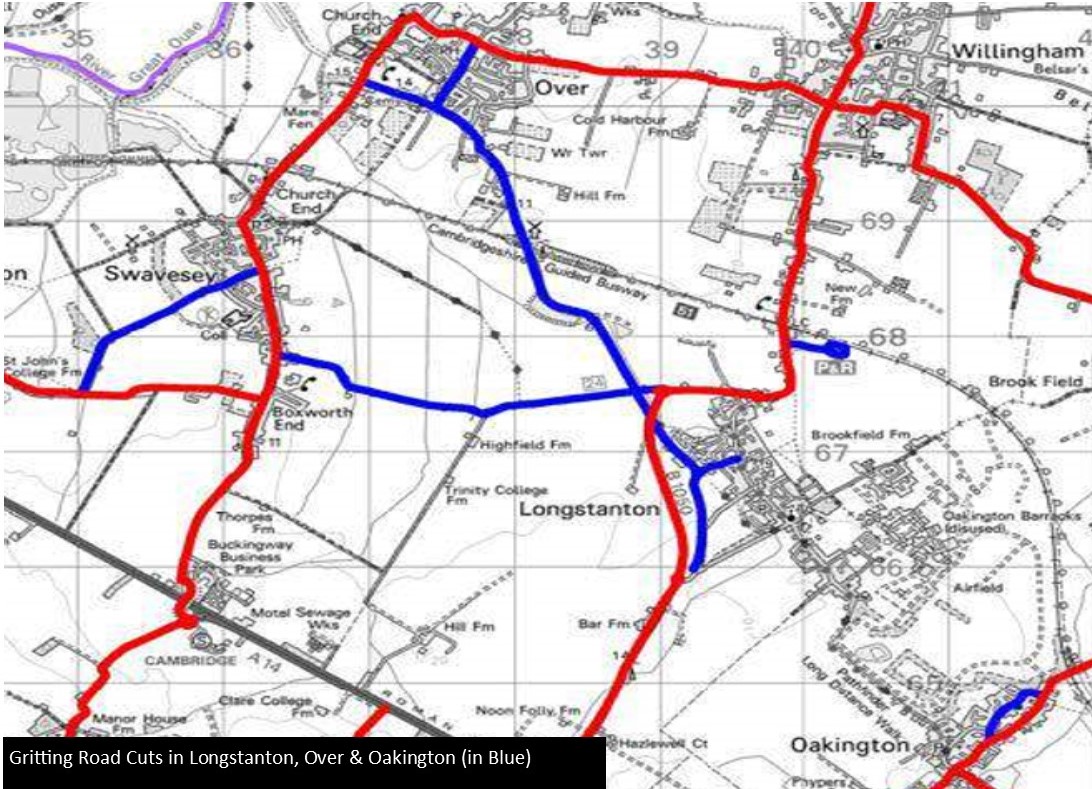 In response, Liberal Democrats across the county have launched a campaign to change the council’s mind.

“Gritting the roads is important,” said Longstanton resident and parent Sarah Cheung Johnson, “Home Farm Road is the main road into the village for every- one coming off the B1050 from Bar Hill, it’s a wide road used by everyone. The council have a duty to provide safe routes and this new policy contradicts that statutory requirement.”

Gritting cuts also hit Over Road and Ramper Road as well as the High St in Oakington, which is on the main bus route. Expressing his concern, Oakington resident Ian Goodyer said "It doesn't seem to make sense not to grit an important road. I worry it will impact the most vulnerable the most."

Tom Lee, a resident of Over said "The main routes to Cambridge from Over and part of the school bus route will not be gritted leaving them unsafe and icy for winter.  I can scarcely believe that Gravel Bridge Road (Longstanton Rd) is being cut from gritting. It has two sharp bends in it and every year someone's car ends up in the ditch because of black ice - the potential for this just got much higher. The minimum it needs is a sign to warn of ice (which could be folded up in summer). The same applies to New Road and Glover Street which are on the school and other bus routes. This could have been afforded if CCC had listened to us when setting the council tax"

CLICK HERE TO SIGN OUR PETITION: TO RESTORE GRITTING OF OUR KEY RURAL ROUTES TO ENSURE SAFETY IS NOT PUT AT RISK.