Liberal Democrats stand for the 48%

Whilst we must respect the result of the referendum, the Liberal Democrats will fight the next election on a clear and unequivocal promise to restore Britain’s prosperity and role in the world, with the United Kingdom in the European Union, not outside it.

The Lib Dems campaigned wholeheartedly for Britain to remain in the European Union. Across the UK 48% voted to stay in the EU.

We stand for the 16 million Remain voters. 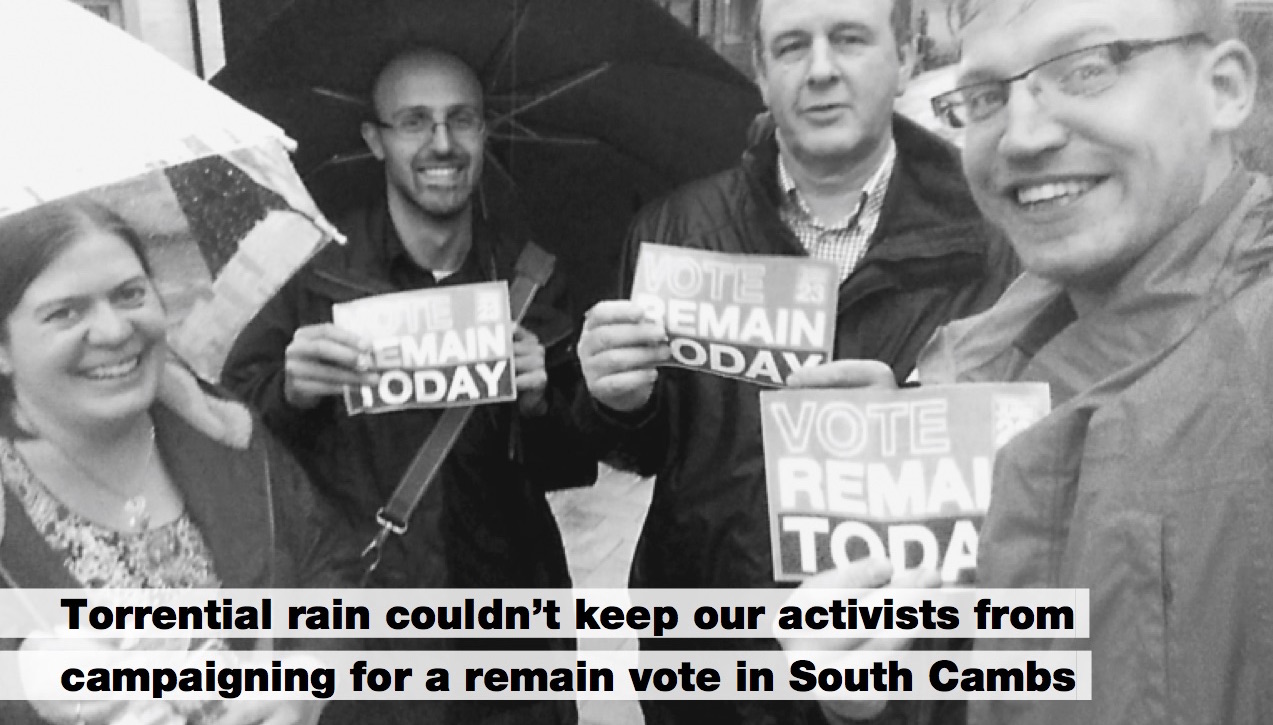 On polling day, despite the storms, we were out urging people to go and vote remain.

Here in South Cambridgeshire our efforts paid off, over 60% of you voted to remain and we'd like to thank you all.

We now invite you to join us. Together we’ll rebuild a tolerant, open and international UK.

Since the referendum, thousands have already joined the Lib Dem campaign to build a better safer and more compassionate future