The recent Mayoral elections show there is cross party support for Lib Dems from voters of other parties.

The mayoral election allowed second preferences to be cast - and what this revealed shows the way forward for those wanting to oppose this government's extreme hard Brexit position.

The First round count (of first preferences) put the Lib Dems as the clear challenger to the Conservatives, but still behind in totals.

It is in the second round of counting, when Labour, the Green Party and all other candidates were eliminated, that things get interesting. The votes for eliminated candidates were transferred to their second preferences. 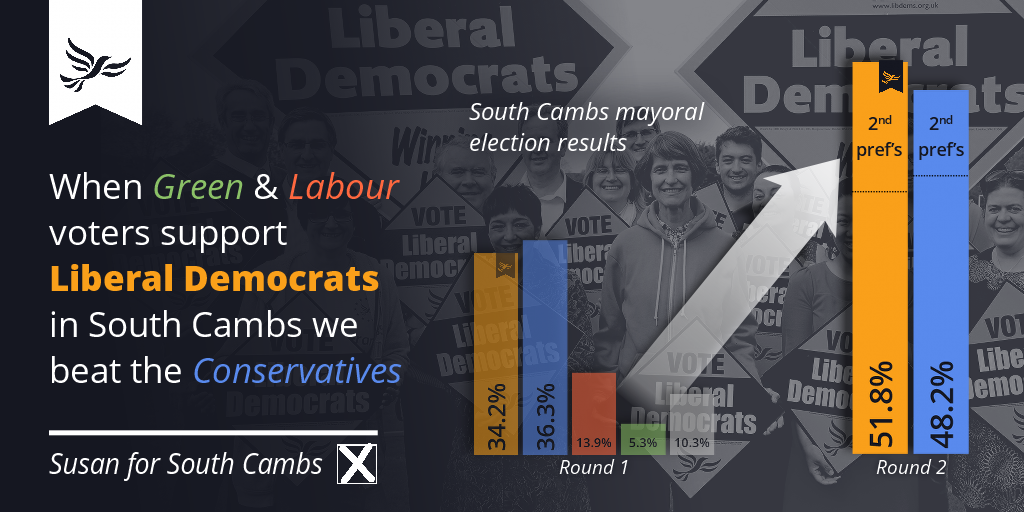 The biggest problem with tactical voting (other than the fact that it is necessary at all) is that you don't know whether other people are actually willing to support another party. We are in the unique position now of having clear evidence that they are.

On June the 8th, with your support, we can win!