Find the latest local stories and updates for Melbourn on Susan's webpage.

Susan Van de Ven was elected for a second term to represent the Melbourn Division on Cambridgeshire County Council, on 2 May 2013. Jose Hales and Philippa Hart were elected to South Cambridgeshire District Council in 2012 for Melbourn and Meldreth & Shepreth wards respectively.

Susan Van de Ven is a long-time campaigner for the protection and improvement of access to rail service on the London King’s Cross-Cambridge service.

The campaign has forced a dialogue on a range of other issues, including disabled access to both platforms.  The first ramp, from the car park to the station platform, was completed in autumn 2009 and efforts continue for disabled access to and from the London-bound platform.  At Foxton Susan has been vigorously engaged with Network Rail on safety issues, especially thepedestrian crossing gates and also abuses of the vehicle barriers.  The issue of the reliability of the pedestrian gates has been a long concern, after a number of incidents involving children and others caught inside the level crossing. A comprehensive package of safety improvements for pedestrians was completed in the summer of 2012.

In 2010 the team set up the Meldreth, Shepreth and Foxton Rail User Group which is leading on a number of these campaign issues. The RUG has succeeded in bringing improved ticket machine screens to all three stations, and also in adjusting restrictions for full-sized bicycles on trains.  The RUG has sponsored the creation of railway gardens at all three stations, and these are maintained by local residents, businesses and schools.

The Rail User Group’s long-term campaign for a reduction in station car park charges and announced that from January 2012, charges would be dropped by 50% to £1.50 per day at Meldreth, and abolished completely at Shepreth

The team launched the A10 Corridor Cycle Campaign in January 2013, with support from Sustrans, the Cambridge Cycling Campaign, and Cambridgeshire County Council. The purpose is to improve cycling conditions between Cambridge and Royston, and also within and between the villages that straddle the A10.

The campaign had high profile support for its first awareness ride and was instrumental in the county council’s successful application for a £300K Cycling Ambition grant from the Department for Transport for ‘cycle links to Foxton Station.’ Work on a new cycle path from Foxton Bottom to the A10 Frog End junction was completed in February 2014.

Funding has now been secured to connect that path up to Harston and on to Cambridge and the Foxton-Harston stretch should be undertaken soon. Cambridgeshire County Council has responded to the campaign’s strong message that the lack of a safe Melbourn-Royston cycle link should be addressed, by making a bid for funding directly to the Department for Transport, which has placed the scheme on a waiting list.

Through collaborative work with the District and County Councils, Susan, Jose and Philippa supported the development of the Bike Bank pilot in Melbourn. This involves the refurbishment of used bicycles by young people, who receive training and employable skills as well as a working bicycle. 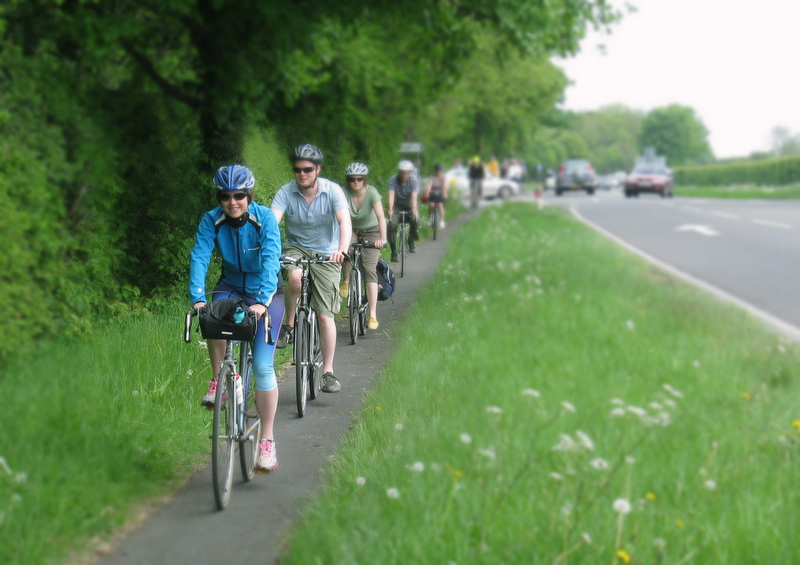 The chancellor has committed to a large scale cut back to subsidies for the disabled and the blind...