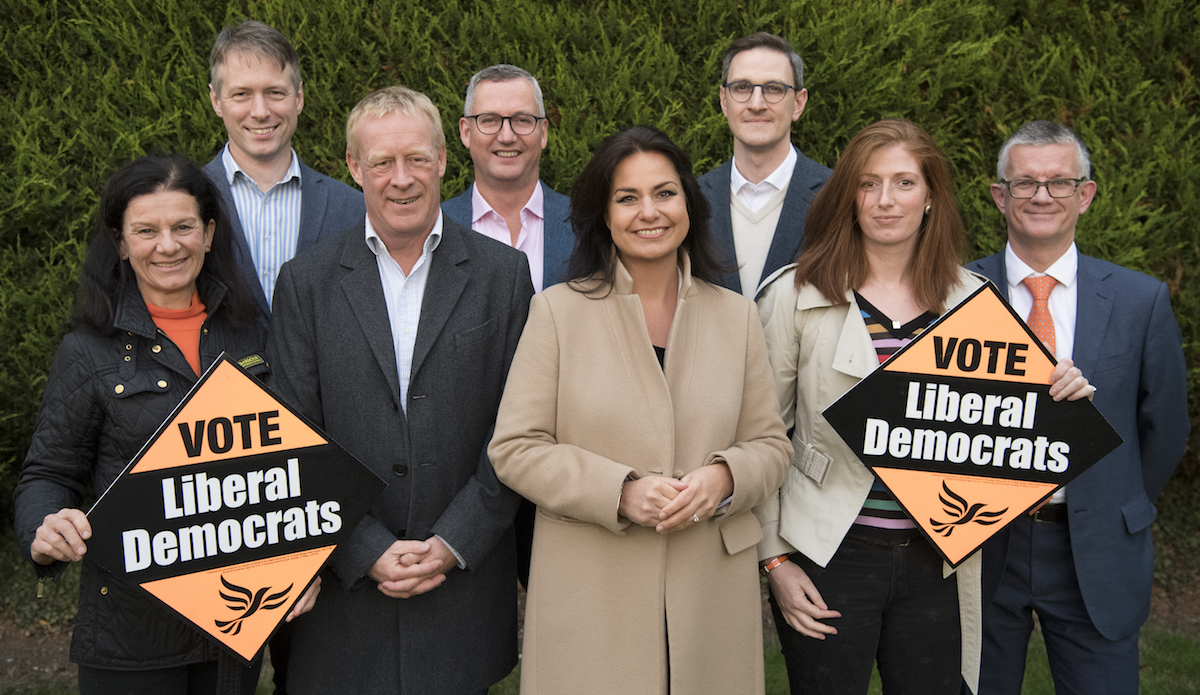 South Cambs Lib Dems are delighted to welcome Heidi Allen to the party and look forward to working with her.

The MP for South Cambridgeshire will stand as the Liberal Democrat candidate at the next election.

The seventh MP to join the Lib Dems this year, Heidi has called on others to reject the status quo and unite behind the party’s campaign to Stop Brexit.

"Confident that good progress has now been made on building a remain alliance through the Unite to Remain initiative, I recognise that as with most things in life, I am stronger and more effective when I am part of a team. Beyond a shadow of a doubt, I know that the best way to serve my constituents and country is to join the Liberal Democrats.

"Now is the time to stand shoulder to shoulder with, not just alongside, those I have collaborated and found shared values with.

"Shifting to the extremes, the Conservatives and Labour have turned their backs on the liberal, progressive centre ground our country is crying out for. As we face the monumental task ahead of stopping a damaging Brexit, healing the rifts in society and rebuilding the UK, there is only one party with the honesty, energy and vision to do that – and that is the Liberal Democrats under the leadership of Jo Swinson.

"My constituency is liberal and inclusive, bursting with innovation – I am so proud to represent it as its Member of Parliament. I have been bowled over by the support I have received from every corner of it. My constituents know we are stronger in Europe and they demand better for their country. They know that although there is a terrifying amount of work ahead of us, together, we can build a fairer and more compassionate future for everyone."

"I am delighted to welcome Heidi Allen to the Liberal Democrats. She has long been an ally in the fight to stop Brexit, and having worked with her I know the energy and passion she will bring to our party.

"This once again proves that the Liberal Democrats are the strongest party of Remain. The best deal we have is as members of the European Union, and I look forward to working with Heidi in order to stop Brexit."

Here in South Cambs there are lots of EU citizens worried about their future. Join our campaign to support EU citizens and fight to retain their rights.