What We Stand For: Stop Brexit and Build a Brighter Future

"The Liberal Democrats are standing up to stop Brexit and build a brighter future for the UK.

Brexit has taken far longer and cost far more than anyone said it would. But any form of Brexit will damage our jobs, our economy and our public services, starving them of vital cash as the economy struggles along.

Every vote for the Liberal Democrats is a vote to stop Brexit and use the £50bn Remain Bonus to invest in our public services." 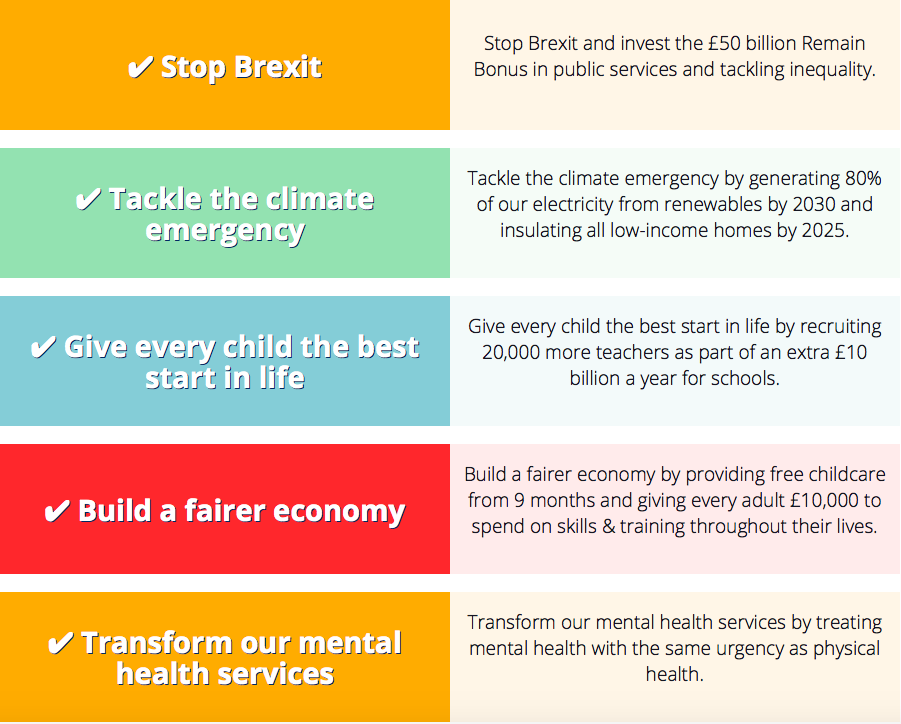