The Liberal Democrats have taken control of South Cambridgeshire District Council. We would like to thank everyone for their hard work and support.

This is a huge victory for us, for you and for liberal politics. It was achieved through the hard work of all our amazing councillors, candidates, activists and supporters.

We will bring you more information at a later date, but right now we just wanted to say thank you. 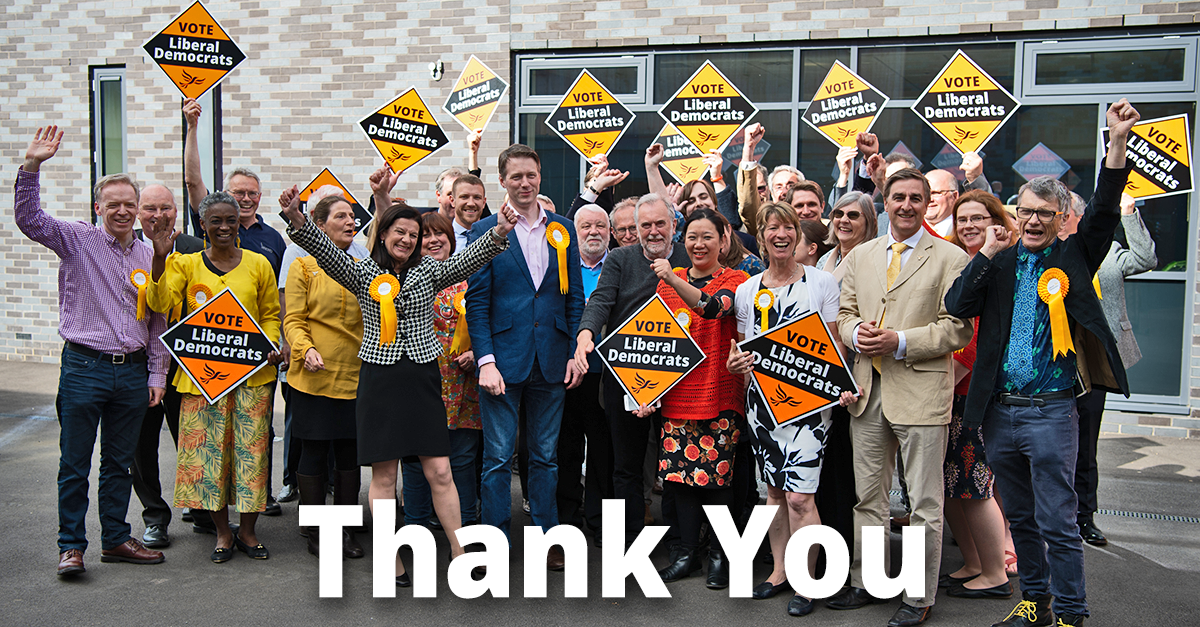 To all of you who helped us during the election (in whatever way).

To all our members who have helped us grow.

To all our amazing candidates.

And of course, to everyone who put their faith in us and voted for a Liberal Democrat councillor; we are humbled by your support and proud to be representing you all.

As you can see below this is an amazing result and the first time that the Liberal Democrats have been in charge of the district since it was created. It is a huge responsibility, but we don't believe there could be a better team to take it on. 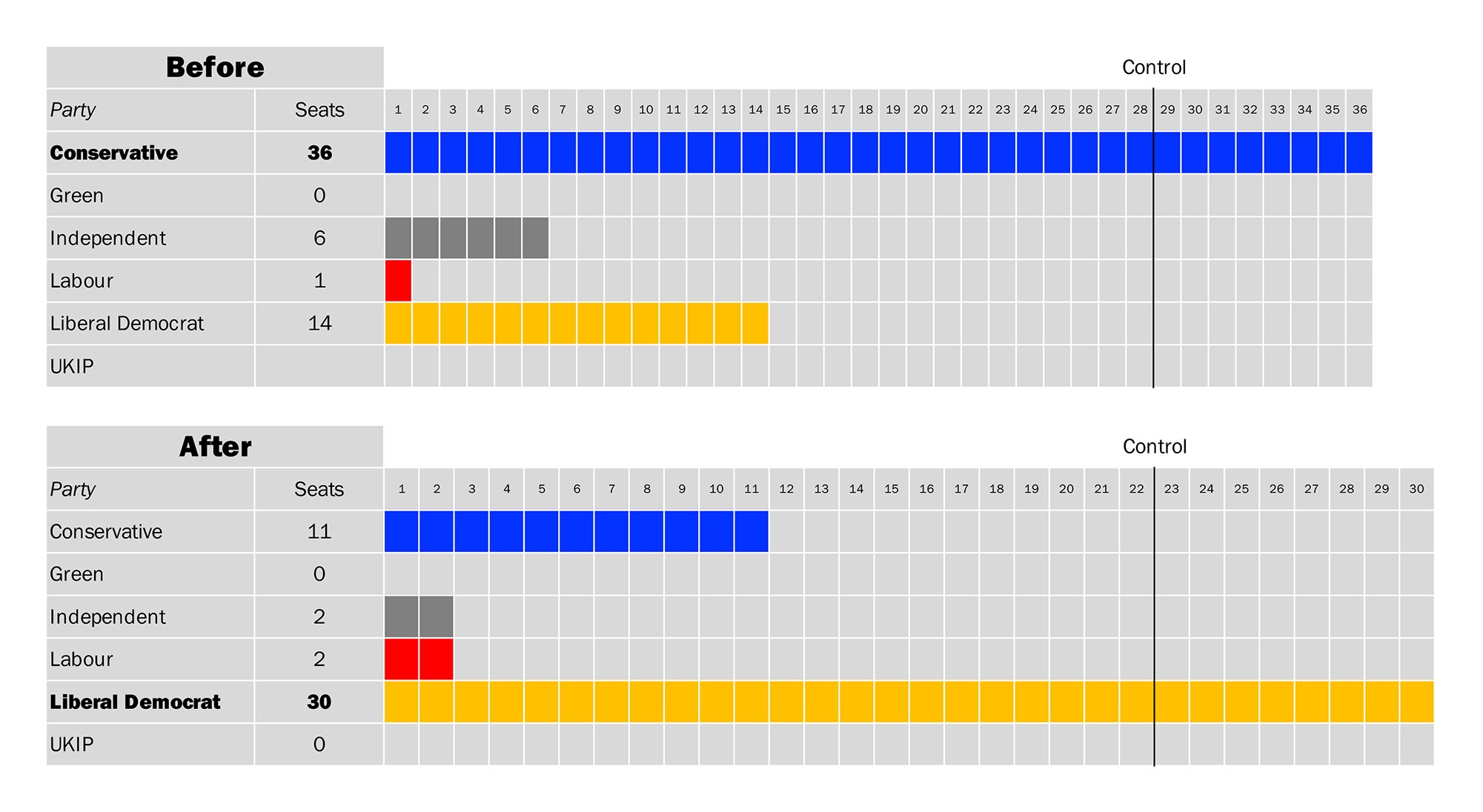 There has been a dramatic change in the composition of the council.

On a day when the Liberal Democrats gained a huge increase in councillors (a 16% increase), gained control of four additional councils (the only party to increase their total), we are proud that South Cambridgeshire has played a part in making the light of liberalism shine that bit brighter.