We Look Forward to Working with Our New Leader Jo Swinson

Many congratulations from all of us in South Cambs to Jo Swinson, the newly elected leader of the Liberal Democrats.

"I stand before you today not just as leader of the Liberal Democrats but as candidate for Prime Minister. I am ready to take our party into a general election and win it. Let's change politics so we can transform our country." - Read Jo’s first speech as leader

“It’s fantastic to see Jo Swinson elected as leader of the Liberal Democrats - our first female leader. Jo has been a strong voice for working together to stop Brexit through her work on the People’s Vote campaign, and I’m excited to be part of her drive to build a mass liberal movement in the UK.

This was a great contest between two strong candidates and I offer commiserations to Ed Davey, who ran a brilliant campaign. The contrast with the Conservative leadership contest, with its obfuscation on the key issue of Brexit, has been stark. The Lib Dems, led by Jo, will continue to fight against the disastrous course that the Tories have set on Brexit - a course that has been consistently rejected by the voters of South Cambridgeshire, in the referendum, in the district council elections and in the European Parliament elections.” 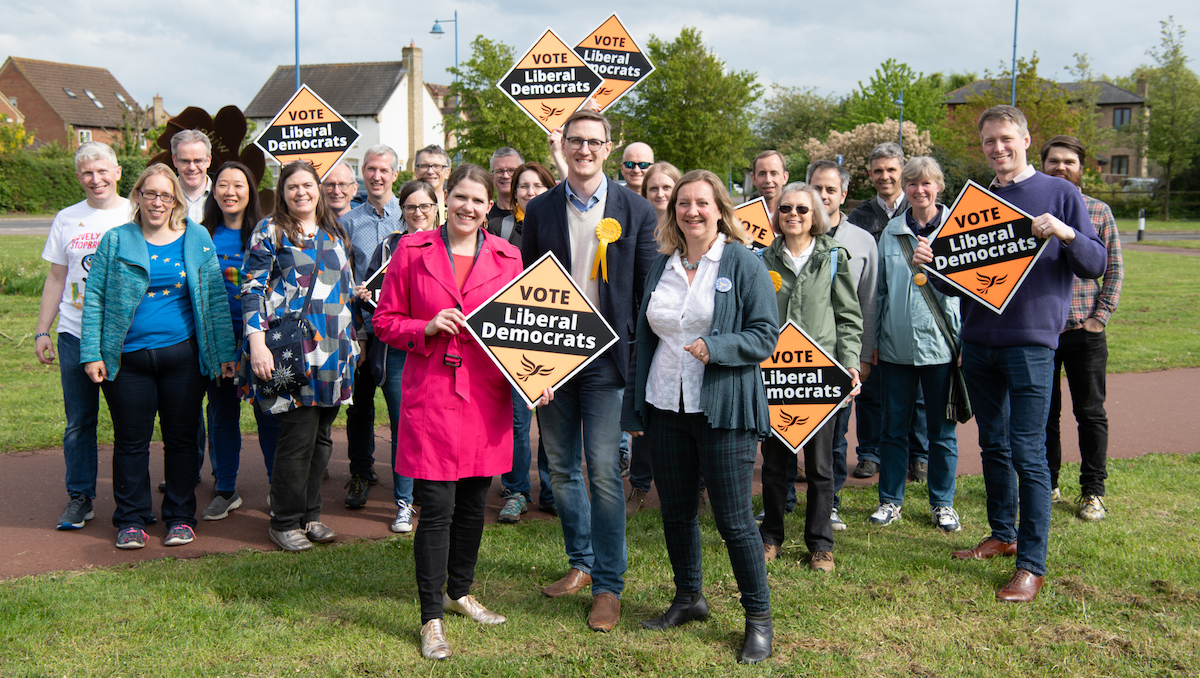 Jo on a visit to Cambourne during the European elections, with Ian, candidate Lucy Nethsingha and South Cambs Lib Dem councillors and campaigners.