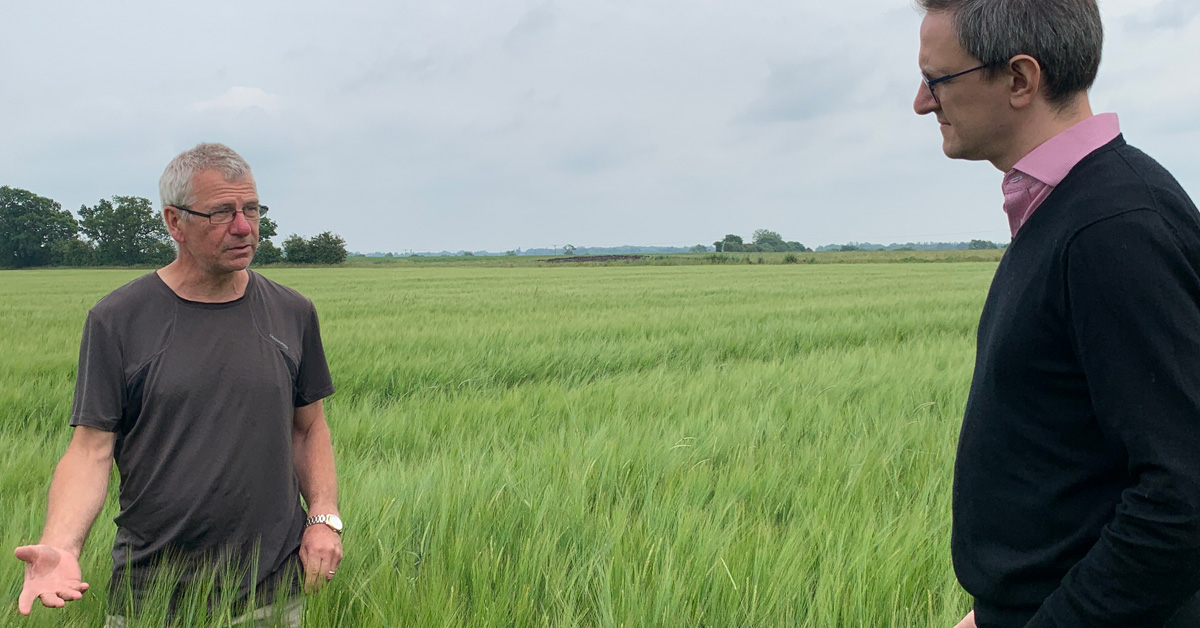 South Cambridgeshire Liberal Democrats have criticized the proposed Free Trade Deal with Australia, as local farmers and animal welfare charities have raised concerns about the deal.

The deal, which has been agreed in principle, would immediately allow vast quantities products like beef and lamb into the country, that aren’t produced to the same high standards as the UK.

District Councillor and 2019 Parliamentary Candidate, Ian Sollom, has been talking to local farmers since the deal was announced to understand more about the concerns. David Walston, who farms in Thriplow told him:

“The government seem to want to eventually allow unlimited imports of beef and sheep into the UK, even if it is produced using techniques that aren’t allowed here, such as using growth hormones. It sets a terrible precedent for future deals with other countries, for a measly 0.02% GDP gain, from the government’s own figures.”

John Jefferies, who farms near Little Gransden, agreed that the lower standards are a problem. He said:

“35 years ago the use of growth hormones in cattle and the potential risks to consumers was something the public was aware of as a ban was debated – I even wrote my treatise about it at agricultural college.

“Hormones were banned in the UK in order to protect consumers, and there is now less awareness of the risks. Will people realise they are eating hormone treated beef? Most of it will go into the processing industry, so it seems unlikely that many will realise what they are eating.”

The RSPCA has also raised concerns over lower animal welfare standards in Australian food production. Former South Cambridgeshire MP Heidi Allen, who now works for the charity as a strategic advisor, pointed to this comparison of farm animal welfare standards between Australia and the UK that the RSPCA have produced. Among the things banned in the UK but legal in Australia are barren battery cages, sow stalls, hot branding of cattle and mulesing, the practice of cutting skin away from the buttocks of sheep.

The Liberal Democrats are challenging the Government to deliver on promises of high standards in imported food through proper scrutiny of the deal. Ian said:

“The Conservatives have serious questions to answer about how they have reached an agreement that would appear to immediately allow substandard food to flood into the UK.

“It fails both farmers and consumers to allow food that isn’t produced to our high standards into the country, and for next to no benefit to the UK economy.

“It’s difficult to take promises of high standards seriously when there is so little on it in this agreement and while the Trade and Agricultural Commission, which we were promised would scrutinize and advise on the deal as it was being negotiated – to protect British agriculture and British consumers – hasn’t even been set up!

“MPs won’t even get to vote on the final deal.

“The Government is in such a rush to prove Brexit a success, they are giving Australia everything they want and are failing to deliver on their promises of proper scrutiny. In doing so they are setting dangerous precedents for future trade deals."